Black New Yorkers are more likely to die at the hands of police-involvement. The city fails to count so many of these deaths.

On June 19, 2020, some findings on police-involved deaths from a 2017 draft report by New York City’s Health Department were made public in an op-ed by Mara Gay:

…incidence of deaths at the hands of the police was five times higher for black New Yorkers than for whites.

Dr. Bassett’s team identified 105 people killed by the police or police activity during the period from 2010 to 2015, more than double the 46 the agency had publicly reported for those years.

Five days later, close to midnight on the day of a primary election, that draft report was quietly released. This report now offers the most complete information on the racial disparities in police-involved killings in NYC.

The report details three types of police-related deaths: legal intervention (where police use deadly force), arrest-related (where death occurs “during the process of pursuit, apprehension, or in custody”), and community/bystander (where the deceased was not an “intended suspect”). The report estimates that 43.6% of arrest-related police-involved deaths are not classified as such. 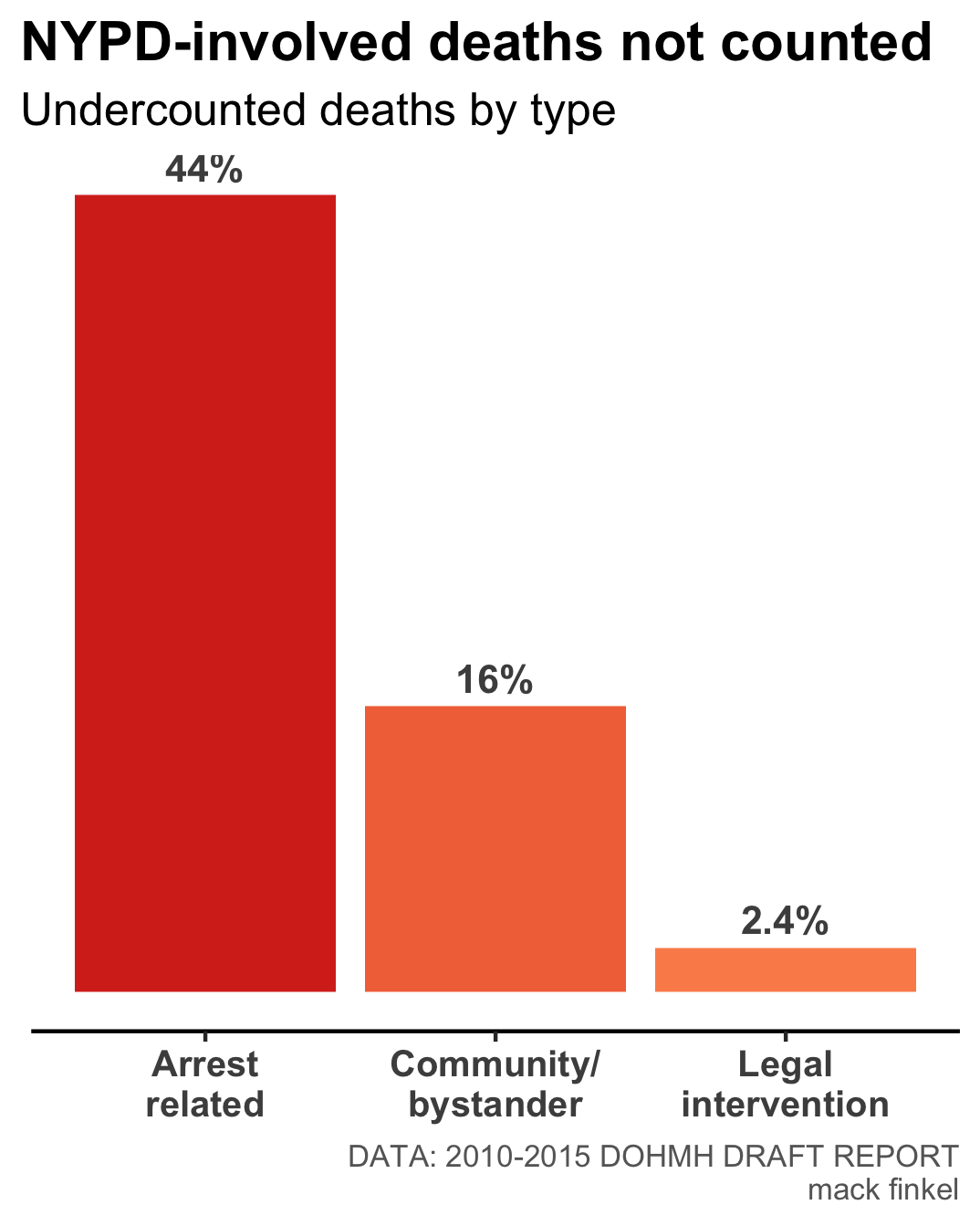 Black New Yorkers are much more likely to die at the hands of police-involvement and the city fails to count so many of these deaths. Understanding this only strengthens the call to defund the NYPD. To support this movement, write to NYC council members before they finalize the 2021 budget on June 30.