Protesting with police misses the point of fighting police violence.

As protests continue across the country, police feign solidarity before brutalizing protesters. Yet even when police are momentarily non-aggressive, protesting with police misses the point of fighting police violence.

Brutality is just part of how police perpetuate racism and violence. Incarceration is violent, and cops usually incarcerate black residents at far greater rates than white residents in the areas they police. So when police heads in counties like Camden, NJ and Genesee, MI receive praise for joining protests, it is insincere. 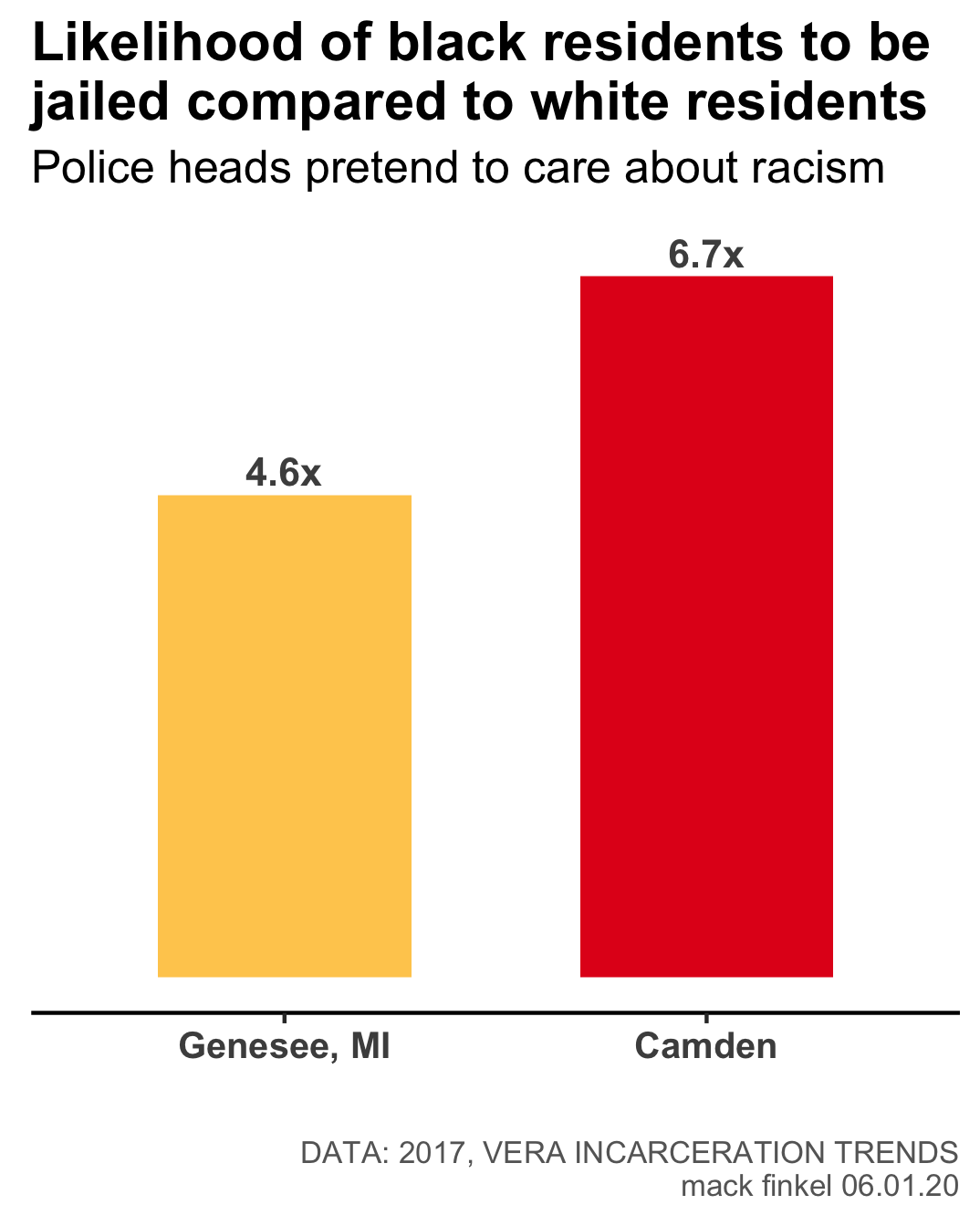 These police departments work to jail black residents at huge disproportions. Their heads cannot protest racism: they are the face of it.

For the Appeal, lawyer and organizer Derecka Purnell writes “to eliminate police violence, we must do the opposite of building relationships with police: reduce and eliminate contact between them and us.” She is right.