Reforms with shaky evidence are no priority in the fight against police violence. Defunding and abolition are.

Earlier this week, the #8CantWait campaign launched, pointing activists towards 8 reforms that they could call on their local governments to implement. The call was met with lots of criticism. Should we redirect the energy of the moment to police reform rather than defunding? Does the data justify the conclusions of the report?

I took a quick look at the data and methodology on the study behind #8CantWait. There are issues.

Here is a graph showing the data from the report, along with a trend line and 95% confidence interval. 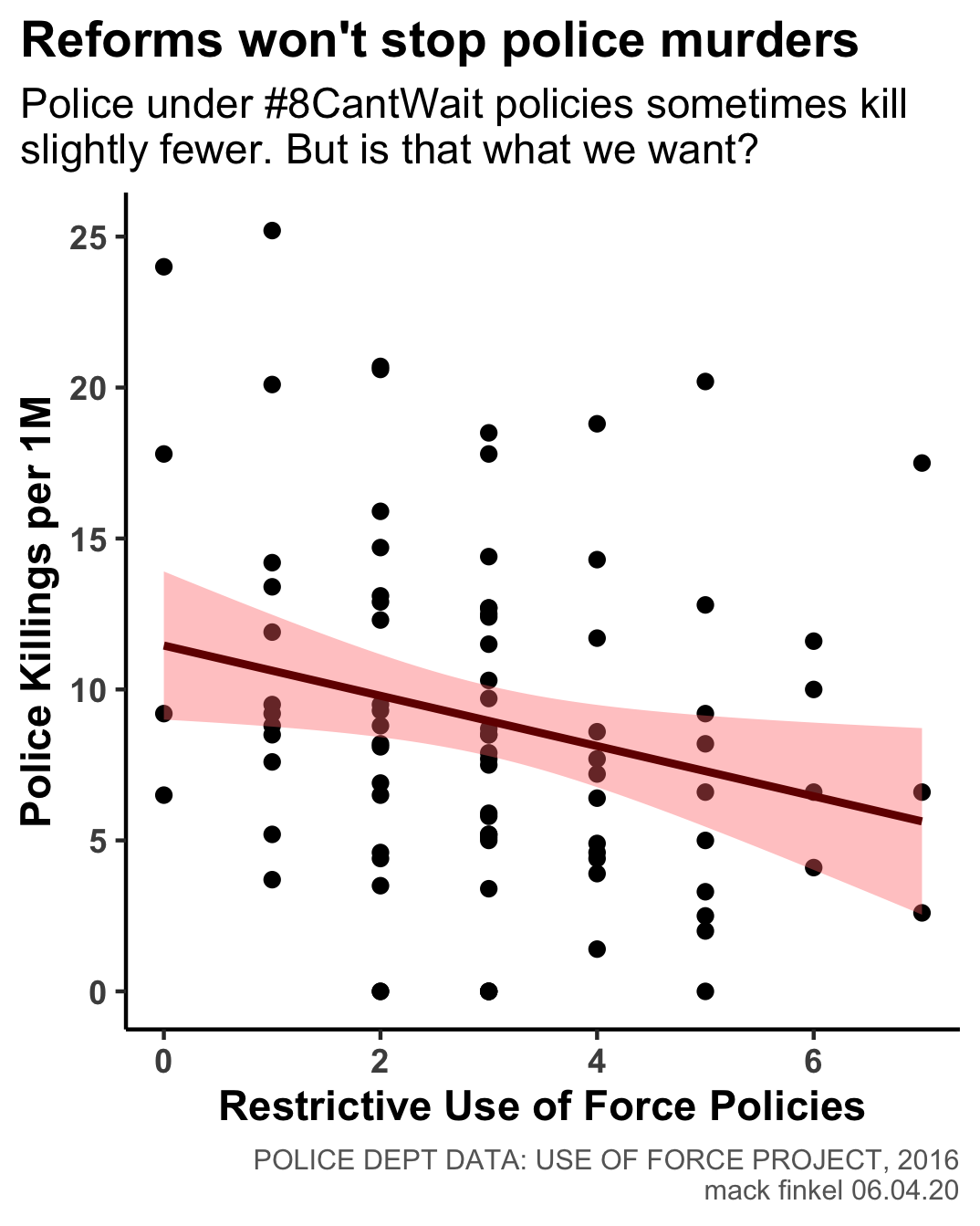 While there is a trend, there is no guarantee that a department with more of these policies is going to kill fewer people.

Rather than supporting reforms that may not reduce any killings and do not take away power from police departments, I support defunding and abolition. Abolitionists were quick to release a #8toAbolition campaign, which I support wholeheartedly.

Note: After criticism, it looks like #8CantWait removed the claim “Data proves that together these eight policies can decrease police violence by 72%” from their website. That’s good: the claim isn’t true. They also added a section with more abolitionist goals. It is unfortunate that misleading information was spread throughout the campaign launch, and reform was emphasized in the absence of defunding.